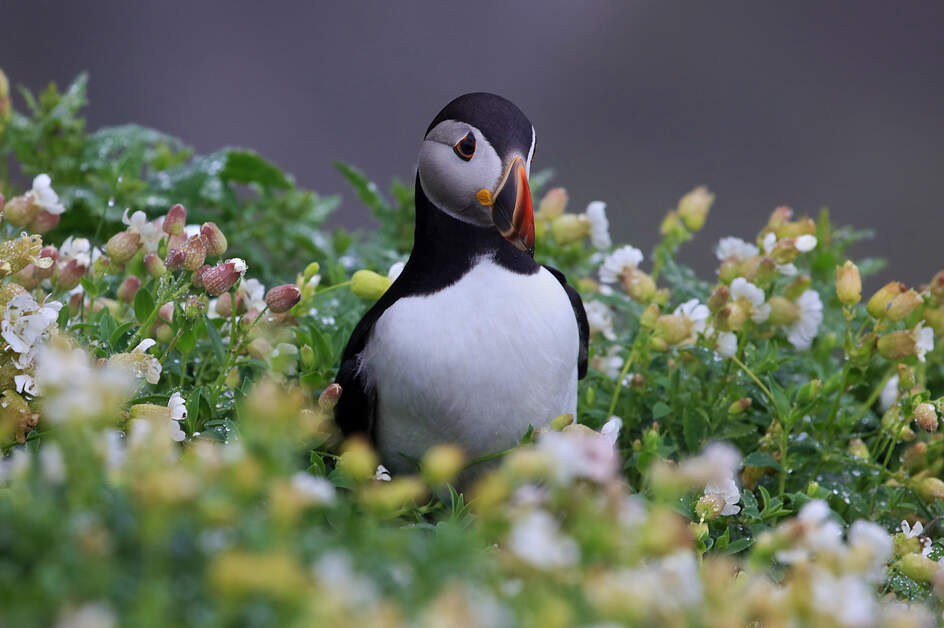 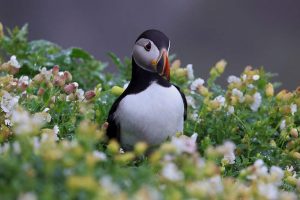 The Puffins return to the Skellig Islands each year during the month of April. These beautiful birds are recognised by their bright orange beaks, white underparts and black back. The birds are also known as “Sea Parrots” or “Clowns of the Sea”. The Puffin is one of the most well known birds associated with the Skellig Islands. Puffins usually pair up with the same partner as the previous year. The Puffin usually builds their nest in a grassy bank or rocky crevice where the female lays her egg. Both parents take turns to incubate the egg for the next 36-45 days before the “puffling” hatches.

The Puffins live for approximately 20 years. Their main predators are the hungry gulls which can snatch Puffins mid flight. The Puffins beak changes colour during the year. In winter the beak boasts a dull grey colour while in Spring it blooms with a beautiful and vibrant orange colour. The Puffin is approximately 25 cm in length. 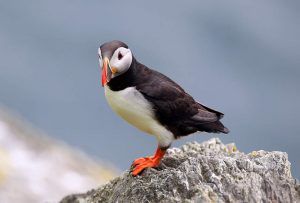 In mid August the Puffins depart the Skellig Islands as they begin their long journey back to South Africa where they remain for the winter months. By taking a boat trip out to the Skellig Islands you can see these beautiful birds from the boat as they are usually seen floating on the waters that surround the Skellig Islands. You can also get up close views of these birds by climbing the island on a Skellig Michael Landing Tour.