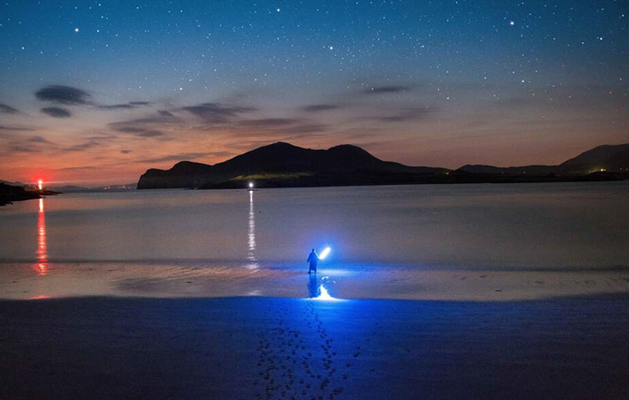 When news first broke that the cast and crew of Star Wars would be travelling to the remote Island of Skellig Michael to film scenes for “Star Wars: The Force Awakens” there was a lot of mixed reactions. For a remote area this was very exciting, watching the crew board the small open boats that were only ever used for cruises during the Summer months, as they headed for the mystical island of Skellig Michael. However, with the excitement also came concerns from those worried that this type of production would interfere with the natural environment that is heavily present on the rock. Every necessary measure was taken to ensure the birdlife and natural surroundings of Skelligs was uninterrupted during the filming of scenes. Production manager Rick Carter was the one who “stumbled upon” the images of Skellig Michael and showed them to director JJ Abrams who replied with “I love you. This is the best!”

The cast “felt honored” to be able to film on the island and said it was “indescribably beautiful”. Their love for the island resulted in them returning to film “The Last Jedi” in September 2015. One of the most famous birds associated with Skellig Michael is “The Puffin” which frequently wandered into scenes while the cast were filming. The crew were not allowed to disrupt the birdlife as they are a protected species and as removing them digitally would have cost a lot of money it led to the creation of “The Porg”.

The one thing that the Star Wars crew could not control was the weather. The Skellig Islands are located 12 miles out in the middle of the Atlantic Ocean leaving the island open to very harsh weather conditions. These conditions were very apparent on the first day the cast was due to take place on September 14th, 2015 meaning filming had to be delayed. Boats were not able to land on the island due to the sea conditions which resulted in a limited number of helicopter landings on the island to transport some of the crew.

There is always the question of “Did Star Wars commercialize Skellig Michael?” It certainly brought an increased amount of attention to the island which is not necessarily a bad thing. The island itself is rich with incredible history and the magical story is one that a lot of people are extremely excited to learn. Yes, there were a lot of Star Wars fans that travelled halfway across the world to see the 618 steps Luke Skywalker climbed, some even came dressed up as Star Wars characters but even if they came for that reason, they left with the recognition of just how special this island was prior to filming and its significance. 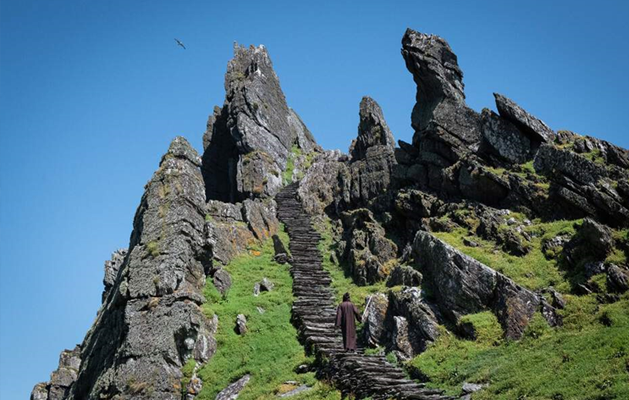 In 2018 Fáilte Ireland organized a May the 4th Festival which included people dressed up as various Star Wars characters and visiting different areas around the Skellig Coast taking pictures and meeting the locals. It was a fun filled weekend for all and the successful event led to it returning in 2019 with even bigger festivities occurring. The Skellig Experience Visitor Centre hosted the event with two large domes onsite. Opening night kicked off with a parade across the Valentia Bridge before a street party in the village of Portmagee. The weekend provided lots of fun for all the family with art workshops, VR Experience, Lego Building Competition, music and so much more. Families from all over Ireland came to Valentia to join in the celebrations for Star Wars Day!

At the end of the day Star Wars filming on this island not only brings popularity to a very rural area but also rejuvenated the tourism within the area which is an industry we depend on heavily. It also allows the amazing story of Skellig Michael to reach a wider audience. The history of this island has such importance, its heritage and sheer beauty should not remain hidden but instead revealed to those who have yet to experience it.

To visit this incredible island book a tour by clicking here.